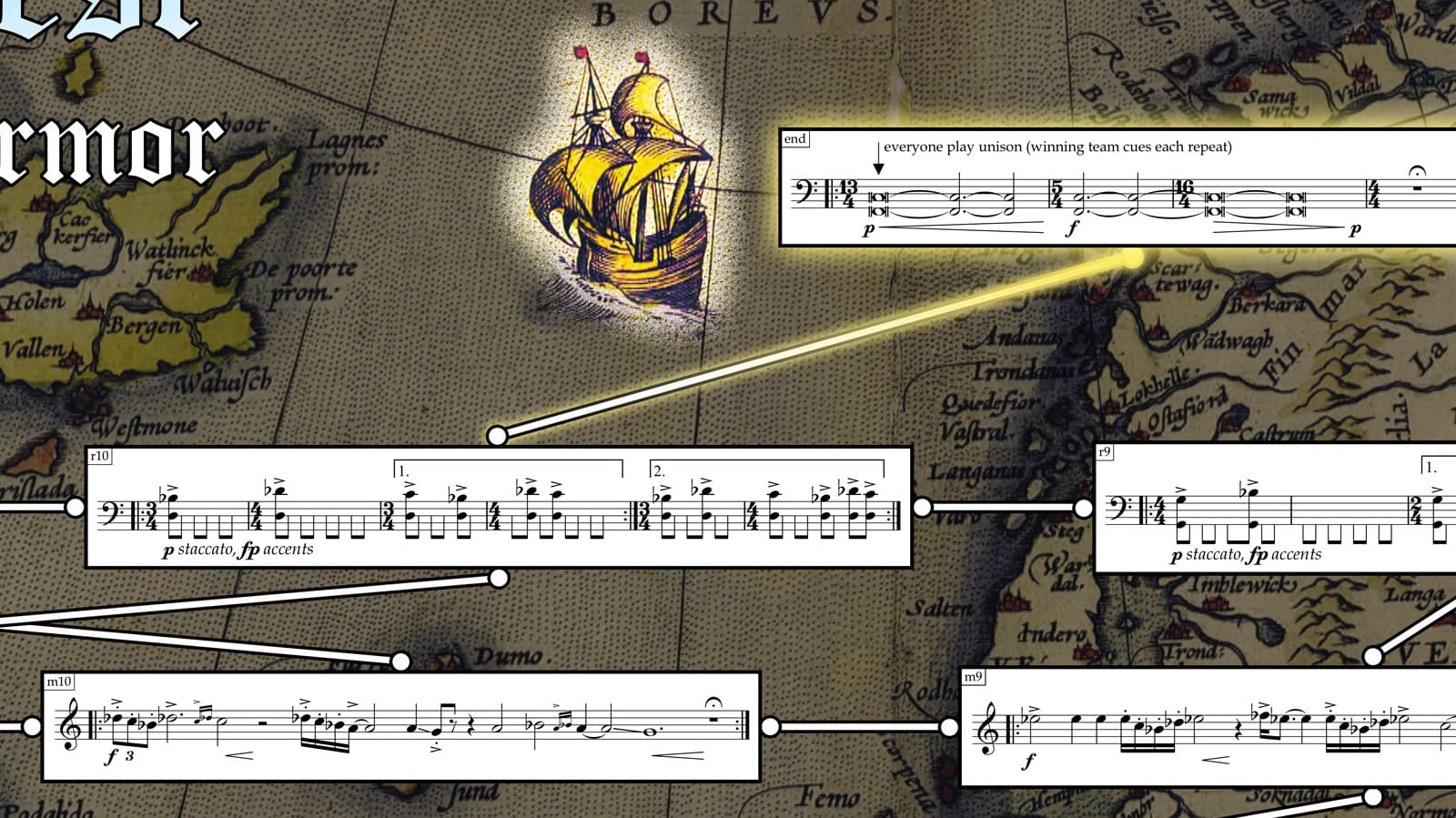 Performances of MAGICAL QUEST FOR THE ENCHANTED ARMOR, a tongue-in-cheek visual game piece for 4 cellists and 4 percussionists.  Alongside premieres by Pete Harden, Hilary Jeffery, Genevieve Murphy, and Martijn Padding.

“The evil dwarves of Goldmandale have stolen King Crimson’s enchanted armor. Without this armor, your kingdom is defenseless and risks eminent destruction. The King has taken you on his royal ship to the land of Blankfein, where the dwarves are hiding his armor. Your mission is to retrieve the armor, and take it to the King’s ship in the Bay of Sachs. When the king once again dons his glowing armor, the dwarves will recoil in fear, fleeing into the forest. You will have saved your kingdom, and will be rewarded with a crystal ball and eternal financial clairvoyance.”