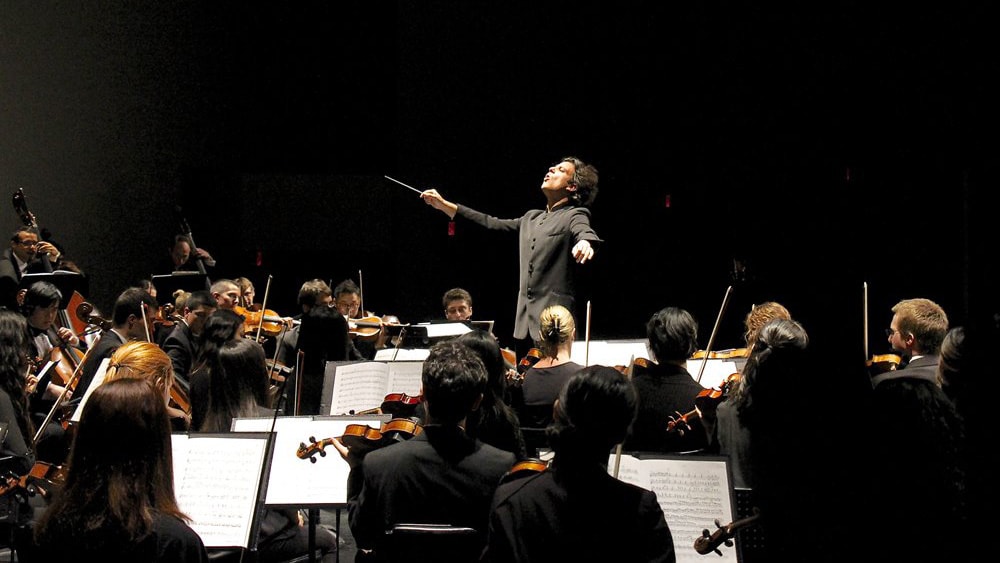 “Analog Intelligence was originally written for my violin/drum-kit/electronics trio ‘Bow Hammer Connection’. It was a 21st Century Dance Suite, exploring five Electronic Dance Music genres: Dubstep, IDM, Ambient, Acid House, and Drum ‘n’ Bass.  Although we may think of these styles as unrelated to the Sarabandes, Menuets, and Gigues of Bach’s famous dance suites, these EDM genres are our contemporary equivalent. In Analog Intelligence, as in Bach’s suites and partitas, each dance is taken as a starting point for creating a piece of concert music – something to stimulate the body, yes, but also the mind and ears.

When Roger Kalia approached me about writing a piece for the Pacific Symphony Youth Orchestra, I knew the dance suite could be done great justice in a detailed orchestration.  I chose three of the movements – Dubstep, IDM, and Drum ‘n’ Bass – and set about translating the heavily electronic soundworld of the original piece into the language of an acoustic orchestra.  The echo effect became slow wah-wah mutes in the brass, the distortion effect became aluminum foil mutes in the strings, and the reverb effect became airy sounds from all sections of the orchestra.  In this new version a unique sonic environment is born, straddling the line between acoustic orchestral and electronic chamber music.” – Brendan Faegre