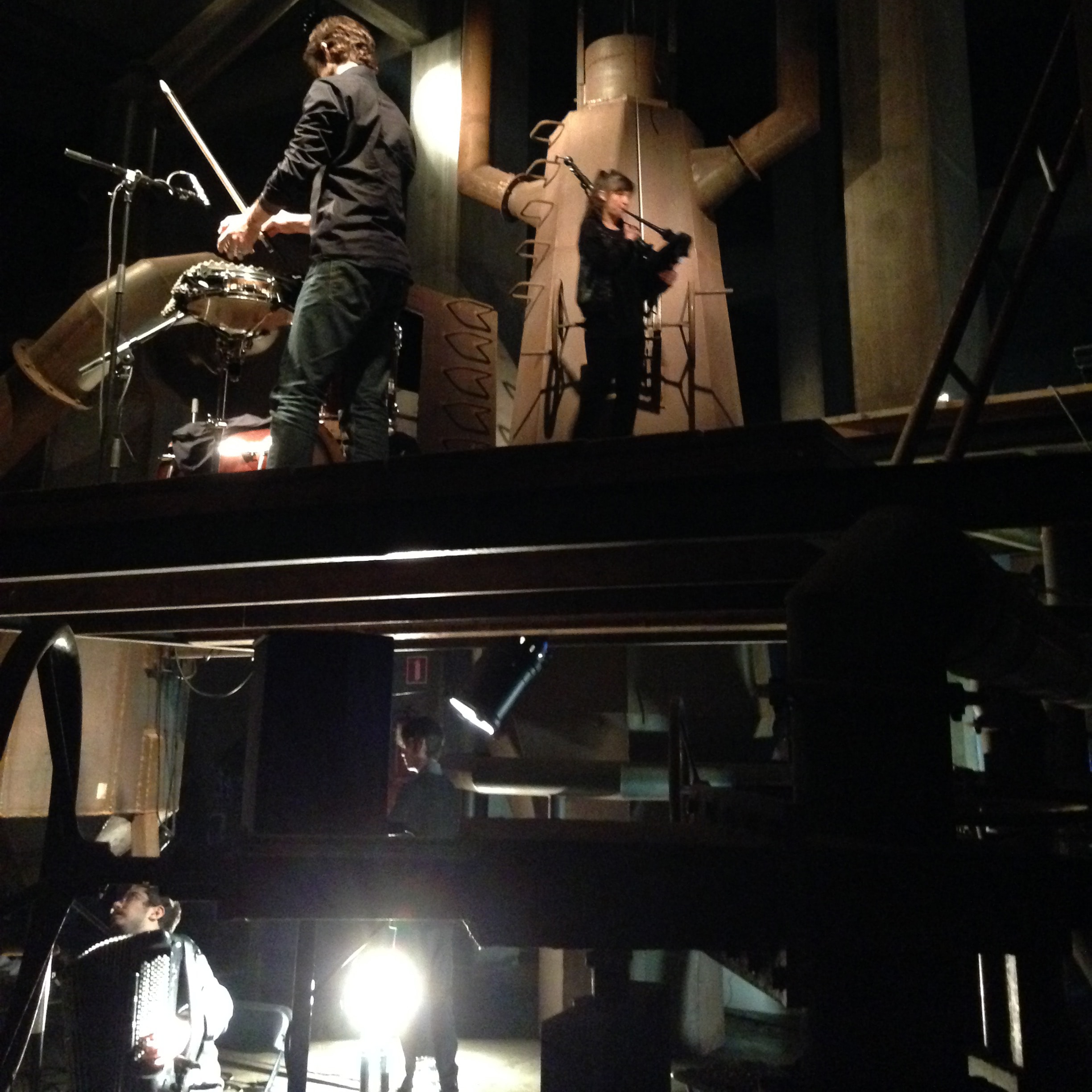 Notes from Genevieve on the original version:
“I started to learn bagpipes from the age of 8 and from this early age I was informed by my tutor that bagpipers would go into battle, to play alongside their army and to intimidate the opposition. The awareness of this has always stayed with me and has now become the inspiration behind the structure of this work. I imagine the bagpiper in slow motion, striking in the drones and beginning to play a piece that encourages his army but tries to push away the opposition. At the same time I think of the army who have encouraged this brave musician and that though everyone has their strategies they are still in an unpredictable situation. This piece is mainly based upon improvisation where the bagpipes encourage the ensemble to follow its tonalities and challenging dynamics. The group however, have their own strategies between them that work and harmonise outside of the bagpiper’s sound.”